Initially, he printed shirts to promote his DJ career; when his fan base grew so did the demand for more attire. That’s when Apollo Legion was born. Goodings said, “What started as a simple promotional tactic transformed into a legitimate business.” Apollo Legion is

a local, black-owned business that “provides an array of vibrant high-quality urban clothing styles and accessories for women, men, and children at affordable prices.” According to Goodings, the brand’s main focus is to “create exceptional clothing and produce new and modern designs that are appealing to all age groups.”

In celebration of its 3rd anniversary, Apollo Legion released a limited collection of ’90s themed designs which include: Ninja Turtles, Fresh Prince of Bel-Air, and Power Puff Girls. Goodings was inspired by this year’s themes from pop-cultural fashion trends both locally and nationally. He stays up to date on national trends and noticed that fashion, music, and entertainment from the 90s were making a major comeback. Goodings said, “when I reflect on the 90s era it brings back nostalgic fond memories for me, this is why I chose this theme.” Virgin Islanders apparently agree and follow his sense of style.

“Don’t get left behind.” Apollo Legion

Within three years, Apollo Legion has become very popular among the Virgin Islands and the U.S mainland. On any day of the week, women, men, as well as kids can be spotted wearing the colorful tank tops, polos, and tees. All featuring the unique AL symbol associated with Gooding’s brand. Apollo Legion opened its new store at 89 C Castle Coakley, St. Croix and has received great reviews. Steven Williams said, “Apollo Legions has some great quality shirts and the prices aren’t that bad either.” The store is currently open Monday through Saturday from 11 a.m. to 7 p.m. 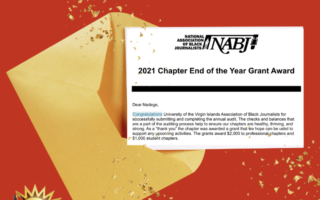 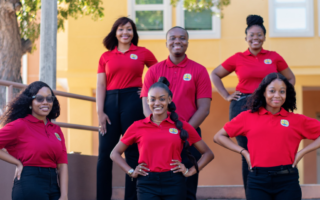 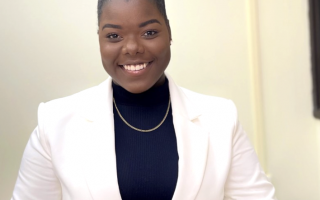