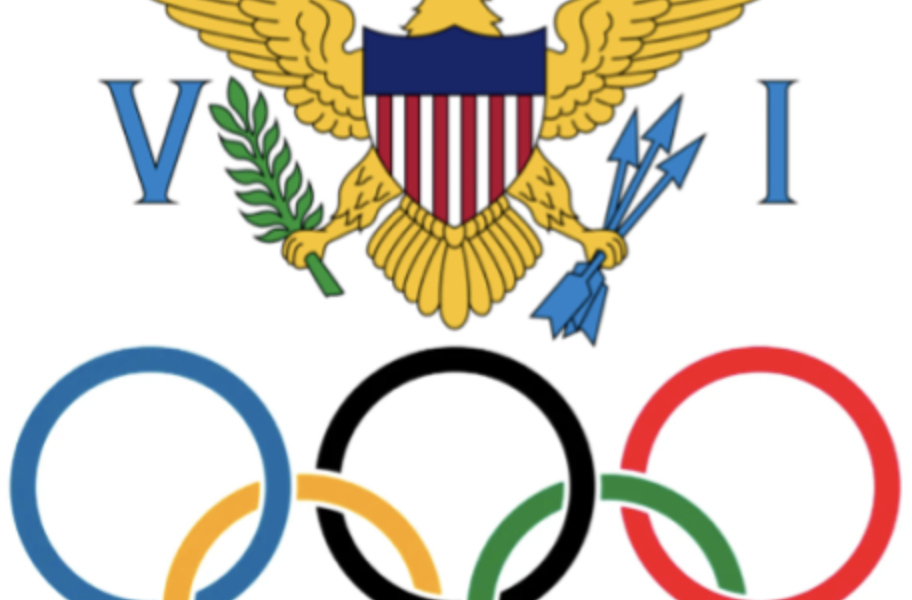 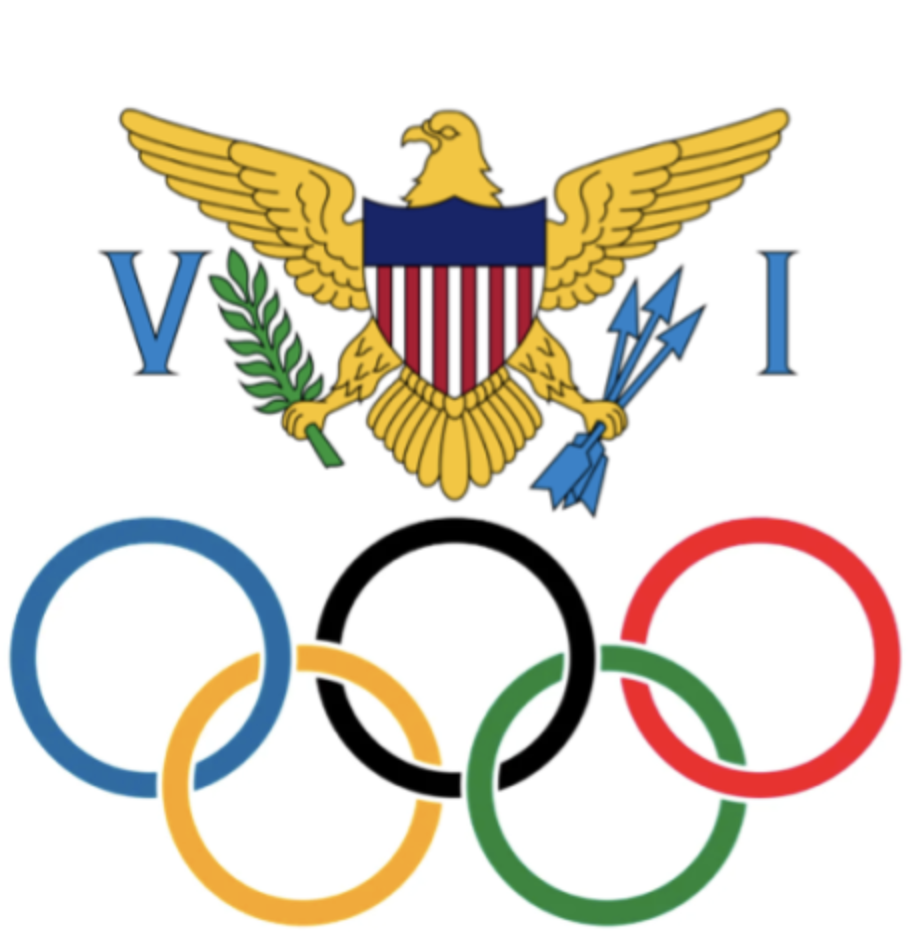 Which prompts the question, “What would we need to do to host the Olympics?” And yes, that’s assuming that hosting the Olympics would be a good idea in the first place, which is a topic for another article. But, for the sake of argument (and to please my editor), let’s just suppose that we actually want to host the Olympics here in the Virgin Islands and that we are actually finalists to host them in 2060, or sometime during our lifetime. What would it take? Perhaps we could increase our Olympic medal count. As of right now, the only Olympic medal won by a Virgin Islander was a silver medal by Peter Holmberg in sailing in 1988. While that was an amazing feat, it could be argued that a higher medal count might improve our chances.

But to be fair, we could probably increase our medal count by introducing Olympic events that actually favor Virgin Islanders. After all, this strategy has previously worked for other countries such as Germany, Spain, and the United Kingdom. They were successful in introducing these rather “unique” sports.

Curling. This Scottish-rooted and Canadian dominant sport added to the Olympic lineup in 1988, pretty much resembles frozen shuffleboard. In this frigid, penguin-less event, a team member pushes a curling ball (a gigantic puck) across an icy floor in an attempt to knock out the other team’s ice puck from the scoring area. But that’s not the “unique” part of curling. 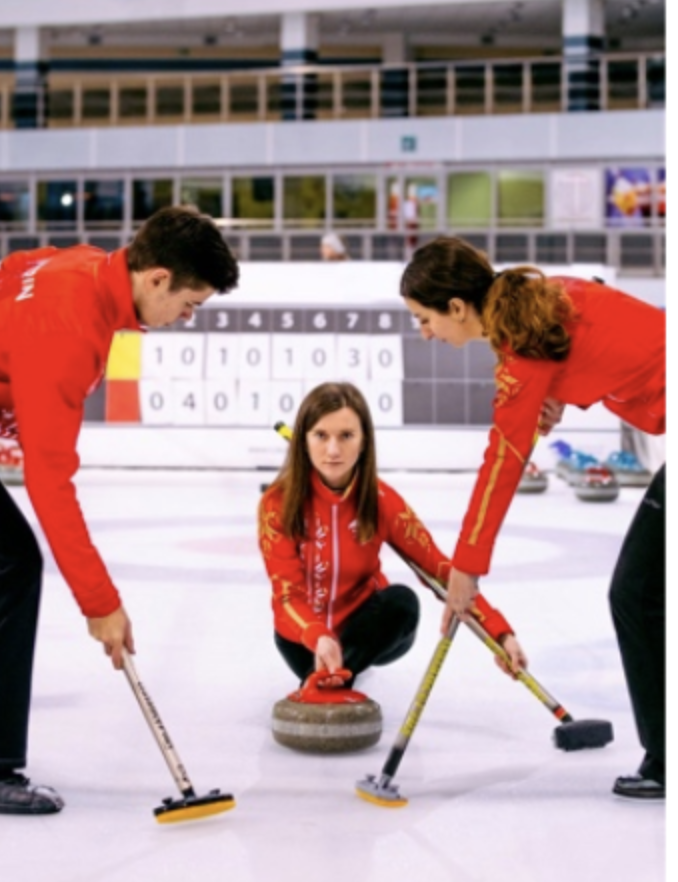 To guide the curling ball, the remaining team members use broom-like sticks to actually sweep a path for the frozen puck in an attempt to influence its travel path. Frankly, I don’t see us establishing a VI Curling Team anytime soon. Just think of the justified names they would call us upon pitching the idea of building an ice rink here.

So, how about this one: Live Pigeon Shooting? Yes, that was actually a sport introduced in 1900 by the United Kingdom, most likely after heavy alcohol consumption or cleaning public sculptures. While this is a discontinued Olympic sport (for obvious reasons), the fact that it even existed explains why pigeons are so quick to gleefully bombard our vehicles, lunches, and heads with their vengeful waste pellets.

Then there’s Fencing, introduced by Germany in 1896, which is also not likely to become a Virgin Island sports staple anytime soon. We’re talking about swords and not landscaping or the commission of felonies. Nothing says “this is really ‘bizarre’” more than two entitled adolescent-minded individuals sporting “insect face” headgear and using Romanesque weaponry to simulate killing each other. 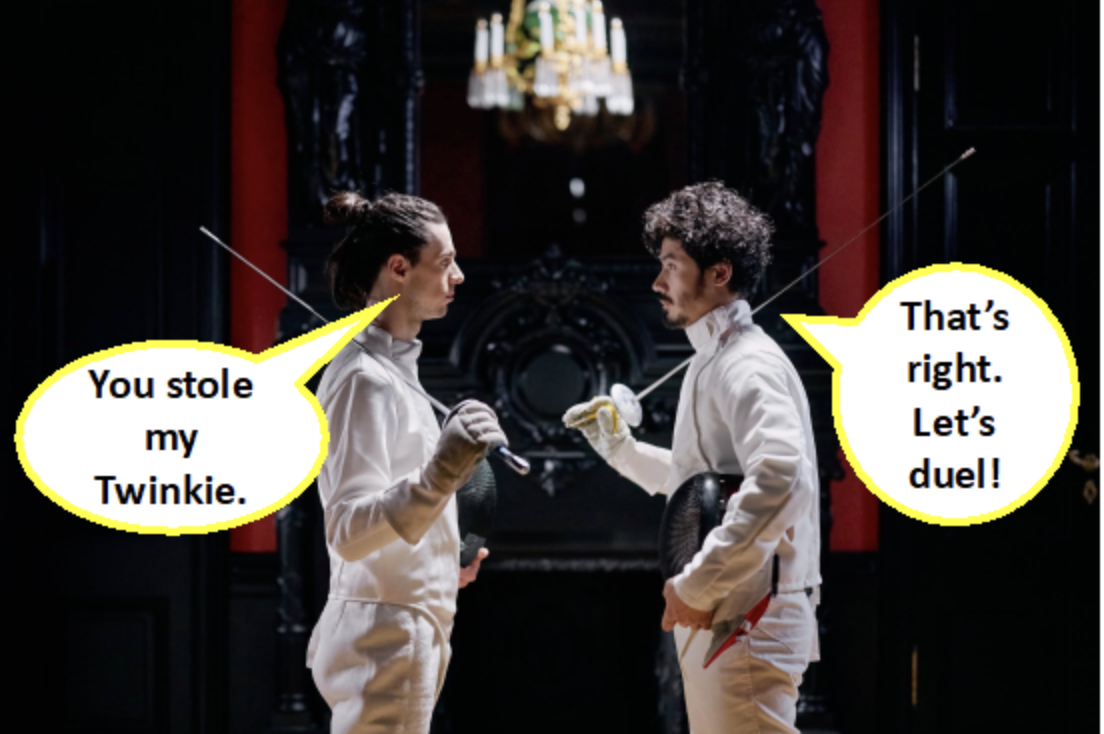 And, yes, we know that sword-fighting was an ancient and aggressive way to settle disputes, but it truly pales in comparison to the brutality of modern divorce court proceedings and travel document renewals. I can’t imagine Island parents keeping still while they watch their six-year-olds engage in hand-to-hand combat with their playschool counterparts, can you? 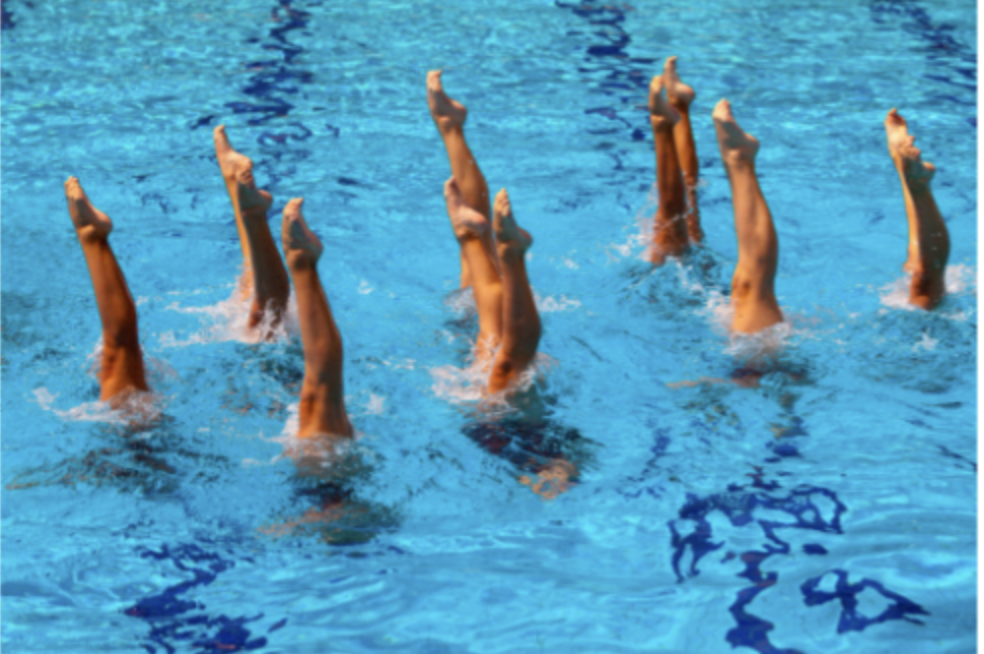 Speaking of “bizarre”, let’s not forget Synchronized Swimming, introduced in 1984. Nothing speaks to the eradication of individualism like 100 men or women in a semi-sterilized swimming pool engaging in synchronized moves that confirm the inevitable zombie apocalypse.

Somehow, I don’t see this event catching on in the Virgin Islands either.

So, what sports should we introduce to the International Olympic Committee? What events could we, as Islanders, dominate and bring home gold medals to represent the tenacity and spirit of the Islands? 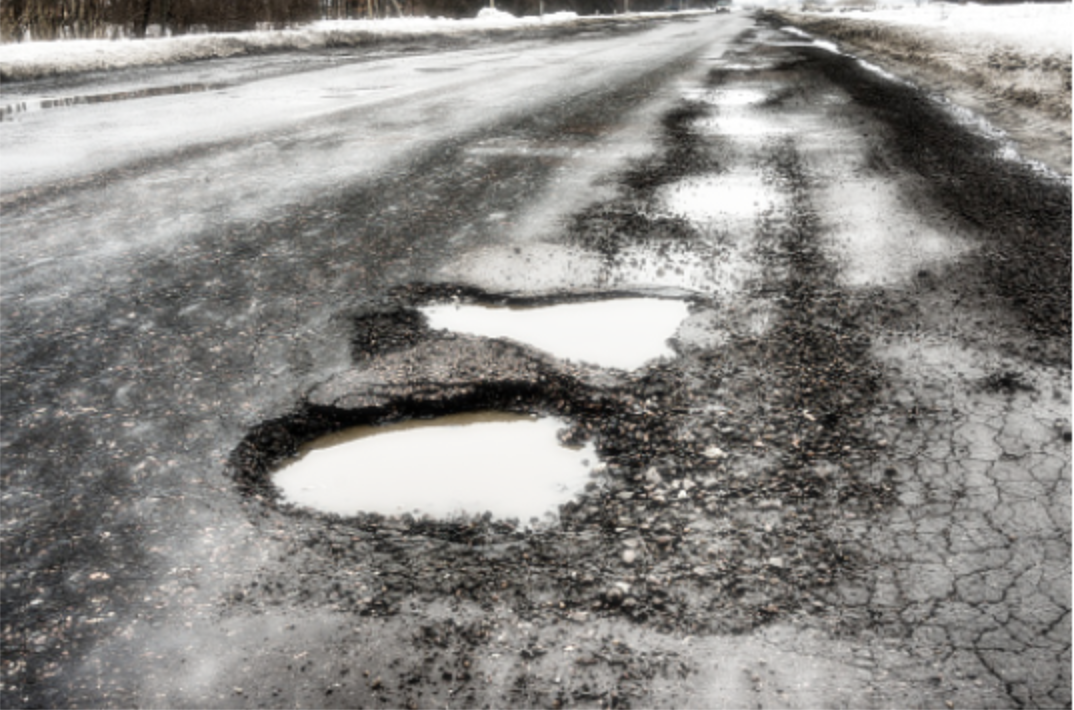 Pothole Dodging. Nobody and I mean nobody, is better at this sport than Virgin Islanders due to the number of hours spent preparing for this event. Not only would we dominate this sport, but our prowess is also sure to make us an Olympic powerhouse for generations to come. Note: this is not a sociopolitical statement, so don’t even take it that way! Regardless of the resources used, Mother Nature always ensures we have enough potholes to practice dodging. She wants us to win!

Pothole Dodging: Nobody and I mean nobody, is better at this sport that Virgin Islanders…

Rooster Tune-outs. One of the sure-fire ways to encourage the International Olympic Committee to embrace our willingness to be a site host is to include an event including aviary. (After all, they did accept pigeon shooting in the past). Rooster tune-outs might be that qualifying event. 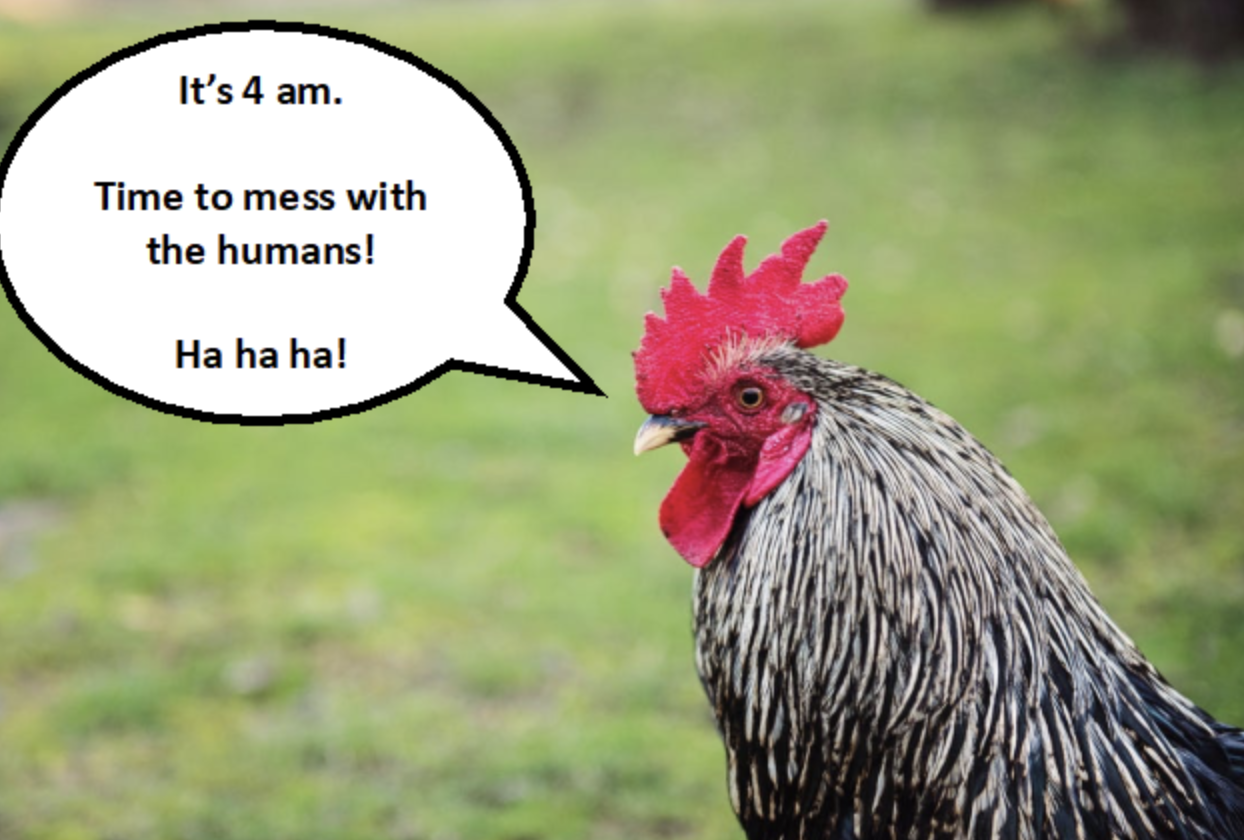 As Islanders, we have mastered the art of rooster tune-outs, since, every darn day, these eager roosters make it a point to trumpet their boisterous and unsolicited wake-up calls at 4 a.m. But the roosters do provide a little insight into the English motivation for the aforementioned pigeon-themed event.

“As Islanders, we have mastered the art of rooster tune-outs…”

Carnival Celebrations. Do we even need to discuss this one?

We would easily take all Gold, Silver, Bronze, Platinum, Paper or Plastic medals in this historic event category. No other team could ever keep up with us.

So now that we have given it some thought, it all boils down to these two questions:

· Should we or shouldn’t we try to host the Olympics sometime in the next millennium?

· Should we try in introduce new sports that favor and encourage Virgin Island Olympic teams?

It probably all boils down to this question? Can we make enough Johnny Cakes for the visiting competitors and their guests? Now that I think of it … Johnny Cake Eating could be another event we can propose. Do you want to join the VI Olympic Johnny Cake team? 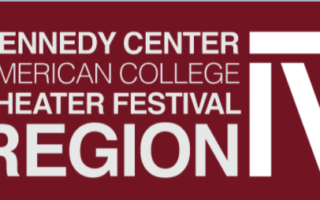 Arts Administration and Media: Upfront and Personal at KCACTF 2022 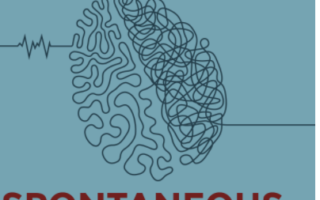